My honest opinion on this would be to make a SoM that uses an AMD 3020e (or some similar Zen-based core) and includes an eMMC module on the board (64GB at least). Allow stock Debian or Ubuntu or <your favourite Linux distribution> to be installed with mimimal/no tweaking. Possibly even Windows (though that might be a challenge with the webcam requirement coming next year) - as a Windows user primarily, I’d at least like the option.

The real priority, though, should be building an SoM and software image that fully supports suspending. This is a portable machine, I want to be able to tap the power button and put it to sleep, slip it in my briefcase, then get it out an hour later and wake it up - without 30% of the charge having vanished.

The printer is already optional - you can remove it or skip installing it. I’d have other expansions available that you can snap in its place - maybe a 4/5G modem module with a SIM slot/eSIM. Maybe a serial/parallel port, or a full-size SD card reader, extra USB ports, physical network port, &c &c. Hell you could even make an SD RAID module for expanded storage. Or a fingerprint reader.

An optional touchscreen expansion would also rock. The trackball sucks balls, even with the rewritten firmware.

After a few days with freerdp and remmina I’ve got to say, Windows is totally usable in this form factor (with my joystick mouse patches

Weird x86 sodimm boards out there: 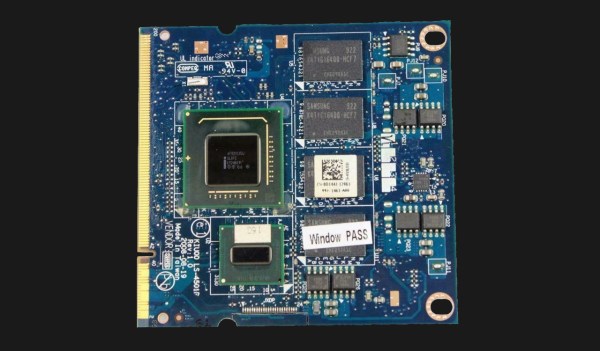 When Dell Built A Netbook With An X86 System-on-Module

Just like with pre-touchscreen cellphones having fancy innovative features that everyone’s forgotten about, there’s areas that laptop manufacturers used to venture in but no longer dare…

May also try to rip out the mobo from a cheapo chinese tablet.
I’ve got a Teclast X90HD lying around, hmmm. Maybe he’s too afraid to show up now.

i wonder if those pinouts are the same

Probably not. ClockworkPi chose the pinout. BUT, a sodimm carrier board that snaps into the devterm, and then the x86 sodimm snaps into it would be simple to design and relativity cheap to produce.

I’m in the middle of a move across the country, but once I settle in I’m going to buy an hdmi-in lcd in the same size and try to jam the lattepanda in the DevTerm… (once I get the lattepanda replaced…)

1280x480 LCD module, with or without touchscreen

Yeah, strange… Let’s consider it doesn’t exist until I got one.

here’s to hoping that a module on a carrier board fits…
if we dont see an x86 by early next year, i wont be holding my breathe for a release

Honestly, I think Clockworkpi has moved on from the DevTerm. I don’t see any more hardware or OS releases coming from them. But that’s just my opinion.

They way they update with news and such does leave MUCH to be desired… All this from their from their start with the gameshell. we have all seen how that has aged and updated. dont ask them to make an changes to your order either… they’ll just cancel your order instead.

You mean this screen is fit for devterm? I want to buy one and try

Well damn. Clockworkpi released a DIMM-to-SOM adapter for the Raspberry Pi Compute Module 4 just to make me eat my words.

Modding a bit this board could be it. Its x86.