Nice to meet you everyone

Standalone version of Pcsx, no change even if you change bios .

It works on beetle psx, but it’s too heavy to play.

Do I need any special settings to run the CD-DA game?

I think the game shell is a very well designed machine!!

Hello! Welcome to the forums!

Is this possibly going do with generating a cue file? That should be for multi track titles, which I think are the same as sessions? Here’s a link: 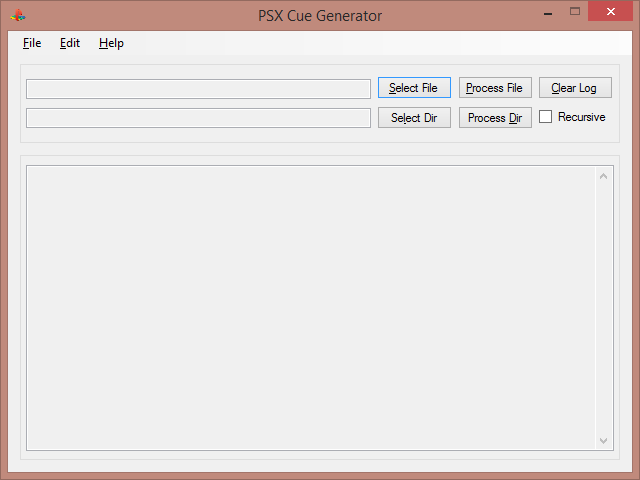 There are online generators too.
https://nielsbuus.dk/pg/psx_cue_maker/

See if that helps. What game in particular isn’t working?

Thank you for your reply

On the site you taught me, I re-output the cue file and it worked fine!!
There seems to be a problem with the cue file.
Thanks to you, all the titles in CD-DA format that I own can be moved safely.

The game I especially wanted to run is titled “ESPN Street Games”.
I can’t believe this game is running smoothly on the small screen of GameShell.

I’m really thankful to you!!

Oh nice!! Glad it worked!! There are some games that need some “tricks” to get working in addition, and some that just simply can’t be emulated! But looks like you’re in the clear!

It’s a bit confusing, seeing as you “can” just load an iso as is mostly, and not clearly documented that some games need a cue sheet to full integration.
The PlayStation is something that the Gameshell does ridiculously well! Barely taxes the resources either!

On a side note, some games suffer some resolution compression issues when using the standalone PCSX emulator, eg Symphony of the Night, the text becomes cramped up and near unreadable. It’s a resolution constraint.

Before you go too far into any of your games; now you have it working, consider at least trying out the Retroarch version. It is more frequently updated, doesn’t have font compression issues, and offers more extra features eg, achievements, net play, cheats, and a greater number of filters. In my experience it doesn’t suffer much of a performance hit compared to the standalone, with the benefits far outweighing one or two frames difference.

I suspect there is a problem with the action config I set.
I’m glad that a new problem has come up.

I’m a complete beginner in programming, and the cue file I’ve been using so far was created by imitating the information on the net.
Still, it was running on Mac’s OpenEmu, so it was a completely overlooked part!!

I will continue to study at this forum.

When starting from Retroarch you might need to load the core first, otherwise you won’t be able to see all file types.

You’ll need to make your own custom action.config file in order for it to work. Basically copy an existing one from another console, changing the accepted file type list, and directory for the core. If you want to post your action.config I’m sure we can help out!

The bios file location may also need to be defined, although this varies between games. You’ll do this in the Retroarch config.

I have uploaded my custom OS, the DEOT+ V2 with Retroarch and PSX set up the way I have things running; along with a lot of other optimisations. I’m personally finding the Retroarch pcsx core to run very well, and find it to be stable. It’s maintained and has been updated further than the standalone.

I’m wondering what you mean re: stable. Do you mean, not susceptible to crashes while playing? Less likely to just hang your machine? Higher success rate for loading games? No slow downs etc? Graphically less glitchy? I’m personally finding it no different, besides being graphically more accurate, and allowing more Retroarch native features, as I mentioned above.

Thank you for your reply

Thank you very much for facing my problem.

Does it mean that the PS bios file is not placed in a fixed location, but the location changes depending on the title of the game?

Beginners want a safe, optimal, and versatile way to place and work with files.
I was wondering if the higher the version, the better the problem would be …
But, I have to stop thinking like this.

If you select close contents or end from the Retroarch menu when you quit the game, there is a high probability that you will return to the Game Shell startup screen, or the screen will be blacked out and you will not be able to accept operations.
When that happened, I had to deal with it by pressing and holding the power button on the main unit or disconnecting the battery connector.

Also, when you finish a game with one title and start another game, you often get back to the startup screen.
Do these things have nothing to do with the Retroarch version?

The Retroarch version of my GameShell is 1.8.1.

Beginners want a safe, optimal, and versatile way to place and work with files.

I have actually made a custom OS for dealing with troubleshooting exact problems like this.

Similar to my previous DEOT custom build based on 0.4, I have put together a new image, based on the ClockWork OS 0.5. This is the same as the official 0.5 image, just with a lot of updates, and quality of experience optimisations. You don’t need the DEOT edition Gameshell to use this. The official DEOT image is much older, and behind the official 0.5 image. This custom image is the bridge to get the best of both worlds. [b7d679edaee7a55ad42147c9085b5e919824296a_2_462x500] Here is a google dr…

It’s made to be extremely friendly towards beginners who just want to have a device to play games, and not have to mess around with anything.
It’s based on the latest official release as of the 3rd of September 2020 last year. I don’t think there have been many huge game changing updates since then. If anything, mine should theoretically be more up to date, eg, Retroarch is on version 1.9.0 which is the current official stable version.

Higher versions for emulators (eg snes) usually relate to being more accurate, but in turn end up running slower. With desktop computers getting ridiculously powerful, running slow is not a problem, but we’re dealing with a much lesser powered unit here.

The bios is in a fixed location, however the PlayStation bios isn’t stored in the same location as the rest of the bios. Check my thread above, and look at the setup section. It tells you where the Bios are stored for different consoles.

The freezing problems you have mentioned were things I experienced in the past with a stock OS. I don’t experience them with my customised OS.
I also haven’t ever experienced file system corruption. This was something I uses to get on previous OS’s, but that was possibly addressed in the official 0.5 OS too.

Basically, if you have a spare SD card, give my OS a shot. It was made to solve everyone’s problems without actually having to spend time troubleshooting.

If we did go down the path of trying to get your current OS stable, I fear it will be way too hard to do without me physically holding your unit. Even if you have millions of Roms, or special customisation, you’re better off starting on a firm foundation that is workable. Just watch out for potential screen flickering issues. The most recent post I responded with addresses it. Otherwise just search for “flickering” in the forum search bar.

Thanks to your advice, all the CD-DA format games I own worked (about 5 titles)!

ESPN Street Games, which I want to move the most, is a racing game, but there are stages that work and stages that slow down and then forcibly terminate.
I tried the custom OS before, but at that time there was a small noise and I abandoned the introduction.

In the future, I will reorganize the information and forum exchanges provided by you, and try again, including the custom OS.

This is the end of the post.
Thank you for being kind to me for dealing with my suspicious English.