Similar to my previous DEOT custom build based on 0.4, I have put together a new image, based on the ClockWork OS 0.5. 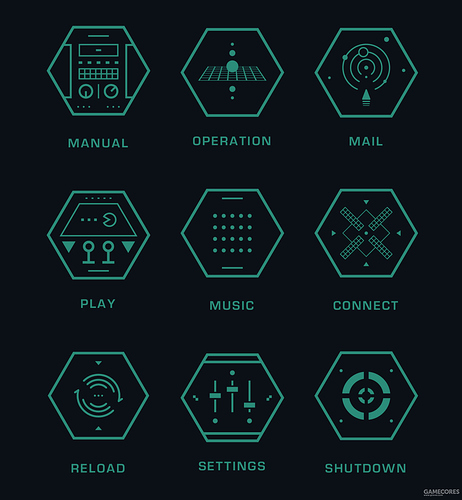 Here is a google drive link to the custom image. This is where the most current build will be uploaded. To ensure you have the latest version, make sure the build number matches up. (200903)
In future, I may need to take it down to save space, so send me a DM if it does go down, and I will re-upload it.
https://drive.google.com/drive/folders/1xjuLFPvbtcq3FDDYCX-GI1wTCXX4XB7n
MD5 checksum hash: 9E935ABEC3328A96C992E0802C966911

This is an alternative mirror of the current file. If Google drive isn’t fast in your country, try this one.
(Current 200903 build)

This is an alternative link, provided by @wizz. This is great if you are in Europe, and want fast speeds.
(Check the file names for which build)

The majority of the features that were incorporated in the DEOT v1+ 0.4 image are now standardised in the official Clockwork OS 0.5, so a lot less work has needed to be done.

Instead of being built from DEOT V1.0 up, it is built from the official Clockwork OS 0.5 image, making it far more future proof and upgradeable. (Hopefully!)
With this unfortunately comes the demise of the alternate minimal home screen layout.

The positive side is, this is now an official 0.5 image, simply with a few extra things added to it. Do be aware however, that the ability to do a launcher update has been removed, to prevent the possibility of a future update potentially breaking the installation.

The commit list for each official update can be found [here] (Commits · clockworkpi/launcher · GitHub), and if required, you can manually make the changes to test them out, if I haven’t already. Most of the time, the changes aren’t very major, but on the off chance there is a ground breaking change, I will do my best to either provide separate instructions, separate edited files, or a separate image with the changes made.

Most of the features of the DEOT v1+ image have been maintained, however some things such as the launcher changer have been removed, since being based on 0.5, there is no real need to change to a separate launcher.

For information and sources used for this image, please refer to the previous thread. There was so much information that led to amazing development in the previous page. I thought it would be best if I started afresh with this image. I would say to keep discussions relevant to the thread, but hey! If we did that, we wouldn’t have a working Lima driver! Just use discretion.

Hopefully we will once again be brought together to progress the Gameshell even further!!

Great! I was waiting for you to customise v0.5. Didn’t expect you to get it done so quickly! I am going to try it later today. Exciting!

Haha it was a day of intense hyper focus! I was worried I got it out too late! That’s madness, downloading and testing an OS while on holiday! That said, so am I. Strange how we find joy in such little things.
Hope you enjoy the image! Let me know if any problems, or features you’d like in future releases!

I couldnt get those google drive images to download last night. They dont show the total filesize while dling and they just keep going. it never even finished,.ill try this one but the other google drive images wouldnt download very well, id use a different host if you can …

@Wizz
Greetings to you again, as per this user’s request, would you once again be able to host a copy of this custom OS?
I’ve only just had enough bandwidth to upload it to google, which is strangely the fastest method in Australia.
I don’t know where the aforementioned user is downloading from, so fingers crossed things end up faster; at least for Europe!
I’ve been working on this nonstop all day. Apologies for not considering uploading to a different place. I will do it right before I sleep. Probably mega or something. Too tired. Can’t think. DM me if you have more problems downloading or installing, or for things not working or whatever @wayfarer. Realistically though, I don’t think this image is for you. It’s the first release, which will see a lot of revisions as other users help out. You will be wiping your card a lot, and getting frustrated. It’s 3.68GB.

When upload finishes DM me and I will download and host it ! I will remove the old image so we don’t get versioning issues

I already wiped my card out , i dont care I just wanna get N64 emulation working.

My dude. I am trying to help. If you could continue this in the OTHER thread I am helping you on, that would be fantastic.

All i saw was black screen and no light even for power. So i just flashed it again with the 0.5 official image. now getting black screen completely, no LED light or anyhting sigh

now trying to flash it again…

black screen could mean uboot is bad, be sure to unmount properly the sd card before flashing it and make sure write is really over and sd properly unmount after flash and before eject it

it could also be your sd card adapter who’s bad, real sd to micro sd work better than usb, one usb adapter i own cannot write more than 4gb (wtf), try another one to be sure

igot it booting up, using the reset button on the mobo . now its working on the latest 0.5 image but still no mupen64 working… my wifi was too slow to dl the dependencies…

Since I wrote that post, that functionality was integrated in the power modes in the Launcher. Check the settings, the performance mode should disable wifi power save.

unmount after flash and before eject it

it could also be your sd card adapter who’s bad, real sd to micro sd work better than usb, one usb adapter i own cannot write more than 4gb (wtf), try another one to be sure

Still , the DEOT images dont work at least none of them did for me. only getting black screen. And i tried every mirror, and downloaded the 0.4 and 0.5 versions, tried them all flashed about 10 times my sd. I can get the 0.5 clockwork image to work , the official one, but this one just black screen. twice now. i just had it working in 0.5 too.

now to go back to that image again and flash it again TRY this wifi power safe bs and see if that works. (btw not using this topics image im using the offficial 0.5 one cause none of the ones here work.

i beleive i had performance mode on anyway

it’s strange, as you reset push fixed an issue you could also try disconnect the batterie completely and powering on with usb wire

Hi @wayfarer. Could I propose that you please start a new topic, especially seeing as what you’re posting about is not relevant to the image that this thread is about?
a) You’re discussing mupen dependency installation. This is already done in this image. I am literally trying to help you with that in another thread.
b) You’re talking about issues with flashing images, power profiles, and hard resetting. This is something that can have its own topic.
c) Problems don’t seem to be pertinent to just this image, but issues that the user is having with hardware; both with writing the image, and wifi stability.

I’m happy to answer your questions externally, just not in this thread if that’s okay.

And please don’t reply to any of the above points in this thread. They are suggestions for starting a new one.

I want to try and keep this thread tidy. So far, it’s not getting off to a good start.

In other news, here is a mega upload of the same file:

I already have like 5 copies of the DEOT image i dled from basically all the mirrors, and they dont work , i was trying to dl the DEOT images all day from every mirror… i think its cause the file size is too big , google doesnt scan them for viruses or something , dont download right in any browser, i think if it was in a torrent it would work

Thanks for sharing. I brush the machine in the afternoon. The following problems occurred:

I like playing games, besides being a Chinese. Thank you, brother.

Perfect!!! Thank you so much. This was the kind of feedback I was looking for re how to improve the image.

Again, thank you so much for your HELPFUL feedback!

In other news, @wizz has provided a helpful mirror for the download: https://pcroz.stackstorage.com/s/a26iBYxvkQ5VSgS

@guu - hopefully this mega link will work. MEGA
The previous one was one I provided while it was still uploading. I couldn’t get the permissions properly sorted, and was way too tired haha!!

And please don’t reply to any of the above points in this thread. They are suggestions for starting a new one.

For those curious of @wayfarer’s problems, the solution was cross posted across a few threads, including this one. Summary: user downloading problems.

Their mupen64 problems were resolved as well.

Okay, It appears ive got it working . After using PUTTY. it installed fine. so the problem was winscp being slow for dling packages( i think i had issues with it before) Anyway. I now started up Mario 64 and its working. Thanks for all the help …