How I can fixe the screen connector

I just receive my A06 and I try to mount it. But I encounter a problem with the screen. At the and, I try to start devterm only with a phone power supply (Not 18650, I don’t found theses battery on shop

) and screen don:'t start. I think the problem is with connector because I don’t know how I can connect this…

I correctly connected the connector or I need to insert this deeper ? (I don;'t know how, I’m afraid to break this part

Thank for your help

The black thing is a lid that goes up so you can insert the flex cable, and then you need to push it down until it clicks and holds the cable. 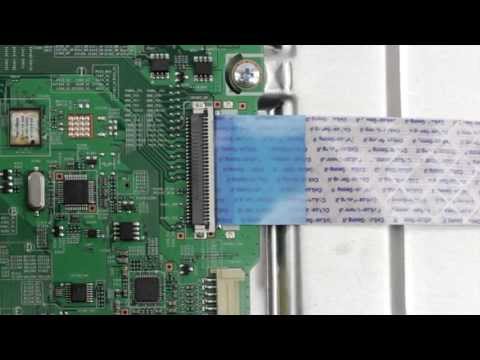 Okay
It’s normal if the flex cable is not flat ?

And maybe second question, if the power supply is not sufficient, screen soesn’t bright ?

Hum, it’s not flat but I can mount the devterm

All is good, thnk

Yes its okay that its not flat, that will also happen with the printer cable.

As long as it doesn´t get into the way of other pieces or gets smashed is all good.

I’m currently facing the exact same problem with the screen not turning on, and I also don’t have batteries

Is your devterm screen working?

Yes, but I wait more than 1 minute with black screen for the first boot

I waited an hour and the screen still won’t work and I have no idea what I did wrong.

Thank for the info

If you haven’t any battery, maybe the screen son’t run ?

This battery can be found on e-cigatette shop

If you haven’t any battery, maybe the screen son’t run ?

This battery can be found on e-cigatette shop

Could you post a link to that shop? Also, should it be protected or unprotected?

A real shop, not online shop.
Personnaly I bought my battery on 1001piles

Don’t think you find that chain out of France

Sorry for the necro post, but I had a semi heart attack with a similar dilemma.
I build it IMHO perfectly (using godhand nippers and zirconium glass files), and inserted my freshly bought batteries.

Powering it on, the power switch’s LED lit up, it started getting warm, but no matter what, the screen remained off. I dismantled it and checked all of my connections. They were fine.

These were batteries fresh off the shelf, so I assumed that following the conventions of li-ion batteries, they would have at least 50% charge. I tried running it with the USB C connector plugged in. No dice.

CLEARLY NOT! I thankfully bought a second pair thay was charging while I was building. After they were full, I pulled the initial batteries out, and put the freshly charged ones in its place.

INSTANT GRATIFICATION! The screen turned on. It booted up as per normal.

The moral of the story; the Devterm plays nice when you have actual batteries that are charged inserted.

interesting… my DevTerm was able to boot up without batteries with a strong USB-C power adapter. Maybe the Power adapter you used was too weak?

That was my first guess. (Although im not sure what you mean re: strong/weak power adaptor )

I was initially using a Nintendo switch AC adaptor, which is rated at a switching (heh pun) 5V / 1.5A (pittance) and 15V / 2.6A. Of course the Devterm wouldn’t accept 15V, so that adaptor was both too powerful and too weak.

The official raspberry Pi 4 AC adaptor is rated at 5.1V / 3A. Significantly higher on both fronts. This is what I use for all my rpi4 devices, and never get the power low warning.

Now here’s the thing. I tried the Nintendo one first. No dice. Then I tried the rpi4 one. Also no dice. This was both with uncharged batteries, and no batteries inserted.
After I charged up batteries and put them in, it booted up.

After this initial boot, I tested both of my existing adaptors, WITHOUT batteries. You guessed it. They both worked. My guess is that for the first time boot, it requires power from batteries, whether it’s to activate the power management, or possibly a prohibition by the OS for the first time initial file system expansion to take place properly.

End of the day, my post was a reassurance to the OP and others that their LCD ribbon isn’t at fault, and to just try and get some batteries.

Thanks for the clarification. Now I know to insert the batteries when my new, bigger sdcard arrives

In my case it was the powercable going to the LED backlight wich i needed to replace… as described in another thread.

My guess is that for the first time boot, it requires power from batteries, whether it’s to activate the power management, or possibly a prohibition by the OS for the first time initial file system expansion to take place properly.

To add a counterpoint to that - I powered mine fine from a 5V / 2.4A charger as well as a 5V / 2.4A USB battery pack and it turned on just fine, the first time as well as after that. I never put any batteries in so far.