I installed the commodore home computer emulator vice on DevTerm via apt. After installing the correct ROMS, it works okay, but the program window doesnt fit on the screen, Its height is too big, so the bottom of the window is somewhere outside…

Does anyone know how to fix that? Possible resize the window to the actual screen size? Also in fullscreen mode the bottom part is missing…

This did it for me:

You can also save the current settings under “Settings management”

Interesting. I installed vice on mine (also through apt) and while it appears in the menu it won’t start. Are there some dependencies that aren’t automatically satisfied on installing?

the ROM files are not delivered because of copyright issues. But you can easily get them from the source of vice.

then copy at least the directory C64 from the archive (data/C64) to .local/share/vice
If you want to emulate other machines like PET or C128, you can copy the rom files from the archive too.

thanks, that makes it!

I didn’t actually install it through apt, but downloaded the source code and compiled it, according to the instructions here: C64 Vice & Pi4 raspbian - Raspberry Pi Forums

There were a few extra packages that needed installing (apt install dos2unix libsdl2-image-dev) and I then built and installed it using “./configure --without-pulse --with-alsa --disable-pdf-docs && make && sudo make install”, and run it from the command line using the “x64sc” command.

Thanks for the information! I just built it and needed to install one additional package: libglew-dev

Without it, when I ran configure, I got:

But it built fine afterward.

I also built the libretro version of Vice to use in Retroarch, but I haven’t compared them in terms of performance yet. I’m guessing this standalone will be better. Personally, I’ve always found Retroarch to be rather a lot of extra stuff I don’t need, and there’s probably a performance penalty to pay for it.

Building the Retroarch core was super simple though. (Just a make command!) 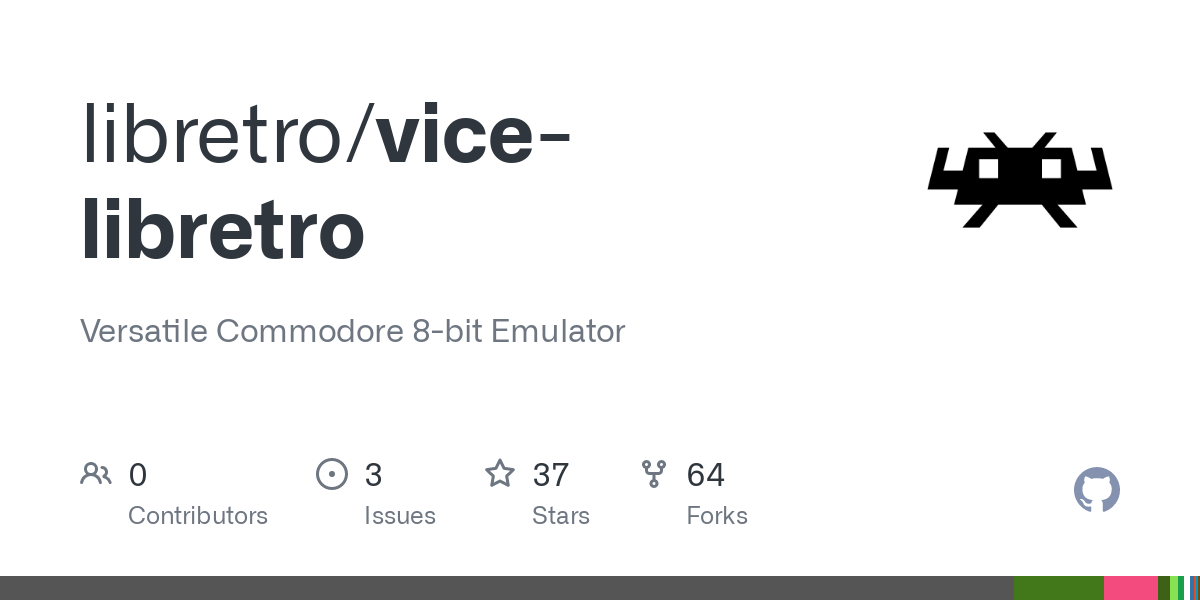 Ok, I tried them both… The one I built from source had a constant clicking sound, and at first I thought it wasn’t taking keyboard input, but it was… it was just REALLY slow. I could hold down the key for a second or two and it would actually show up as being pressed. It also didn’t seem to save any settings (so the change to no longer double screen size would need to be done every time). Maybe there are some setting to tweak to improve performance, but it was pretty dreadful.

I also tried the Retroarch core I built from source, and it seemed to work well. No audio clicks, fast response, and it defaulted to full screen stretched. Seems like some of the keyboard keys are mapped to other things (like recording), so I need to go in and check those settings and turn some stuff off, but otherwise it seemed to work well.

true its (vice) running much too slow (im on A04). Even turning on all cores doesnt help. Maybe I should try retroarch.

@adcockm could you please share some informations how you installed retroarch + self compiled core?

I didn’t document the build process, but I used the project linked in the readme above. I followed the build instructions there, which I guess was just running make. (I’ve been building a lot of stuff lately, so I don’t actually remember what I did for Vice but I don’t remember having any problems.) Definitely didn’t change any code. At most, I might have had to install a missing dependency, but if so, I figured it out from any error messages the build produced. I think it just worked though.

I’ve also got a full recent MAME core at that link above. I didn’t bother posting the standalone Vice emulator since it was so slow, but I’ve got some other standalone emulator builds here:

Archives with prebuilt software from other projects

Not all of those are full speed though (especially Dolphin!) MAME, Flycast, and Stella are all quite playable with some exceptions for certain games. PPSSPP works and seems to run at good speed, but I’ve had graphical glitches on some games which make them unplayable. I’m not sure if it’s something I could fix by configuring things differently when building, or if the Linux version of PPSSPP is just not as (graphically) good as the Windows and Android builds.

I’ve got a bunch of other libretro cores for retroarch that I’ve built, but haven’t tested. I’m planning to add any that work well to that repo. There are some cores that install via apt when using it to install retroarch, and some of those seem to work fine as-is. (Some of them don’t work well at all though.) My manually built cores come from a variety of places, mostly from the libretro-super repo, but also from some individual repos.

I should probably look into building deb files for the stuff that isn’t a libretro core. Some of the standalone things I’ve posted are probably missing some dependencies. (I probably got the dependencies installed as part of the build process.) I haven’t packaged anything up in a deb before though, but it’s on my list of things to research and eventually do.