I’m not into i3 and the pi would burn running pop shell(GNOME4), so I figure I could just stay with XFCE for a while.

Getting along with a new machine = ricing

Here’s what I’ve got after a few hours tweaking:

Ergonomics should be OK due to high contrast and lack of gradients in the UI. I can use higher brightness with this green/cyan-on-black color scheme.

A vertical task bar really makes sense in this form factor. Bonus: tweak dpi from 96 to 86 to shrink everything a little bit. 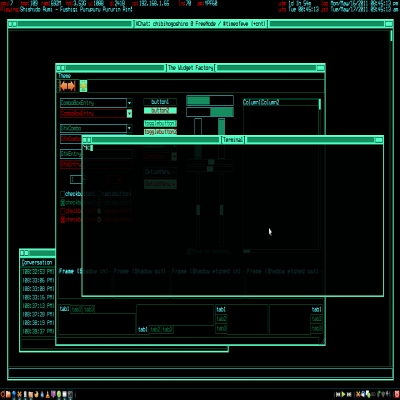 Based on the interface of the computer trinity used to hack into the power grid in the second matrix movie.. i included the xfce terminal, gtk, xfce4, and launchy, lxterminal, avant window... 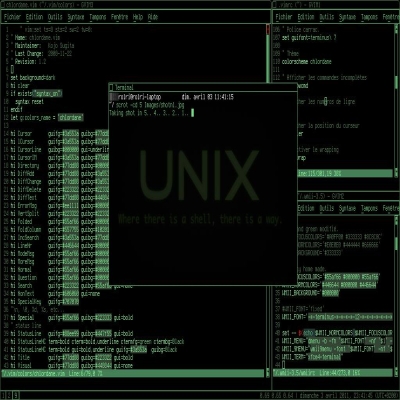 An adaptation of the trinity gtk-2.0 theme from xfce-look.org (http://xfce-look.org/content/show.php/trinity?content=118906) to fit with the chlordane vim colorscheme from Kojo Sugita, which is...

Nice setup. Thanks for sharing.

I ended up using WindowMaker but I didn’t have to do much to it out of the box as it already puts the dock vertically.

Thanks for highlighting neofetch. Something new to add to my list of apps.