Can image files be downloaded to a tablet? Trying to reset my Gameshell

I don’t have a PC. Can I download the “image” file(s) to a tablet and somehow connect that tablet to my Gameshell and reset the Gameshell that way? Thanks everyone.

Not sure. If your tablet is an iPad then not likely (well, I can’t think of a way) maybe more options if you have an android

Can you give more details on the tablet that you have?

You can search for an app that supports scp

I did a quick search for android and AndFTP would do the job.

If it is to reflash the SD card, I fear not, unless your “tablet” is running windows?

Well of course it depends on what you call by “image”. If it is flashing you need to be able to wirte at “low level” a SD card. And by low level it mean raw data on the SD card, not just draging files to it. (Would be handy if it was possible, but in the current state it is not)

Just doing a quick google, I found an android app that can supposedly write raspberry Pi OS to an SD card. 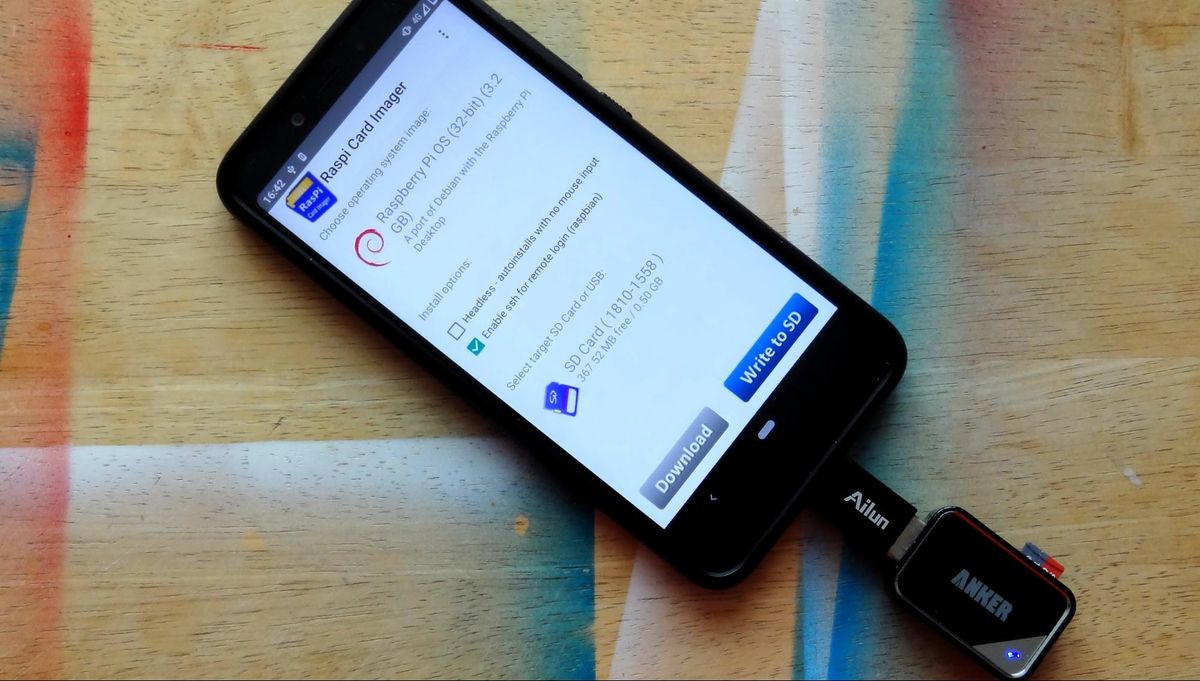 Need to write a micro SD card for your Raspberry Pi but you aren’t near a computer? No problem with this clever Android app.

One of the options was NOOBS which essentially is copying files onto a bootable fat32 partition, ie dragging and dropping, then allowing it to boot up and “populate” the card. ClockworkOS does not currently do this.

Another option in the tutorial was to install Raspbian. This is usually a low level writing of the raspbian OS to an SD card that boots up similarly.

I don’t have an android device I’d want to try this on, so can’t test it, but theoretically it should be possible. I haven’t used this program, so can’t say much else.

On another note, the price of a game shell is about 6x the price of a raspberry Pi 3, or the price of 10 coffees (ie, 1 week of coffee). You can do the majority of the things you can do on a PC on a raspberry Pi. Given the relative cost difference, if you don’t have a PC, but have a Gameshell and a Tablet, I would strongly suggest getting some kind of Linux capable SBC.

You can connect it to your TV if you don’t have a monitor. You’ll also need a cheap keyboard and mouse, an SD card to load an OS for the RPi (larger than the size of the clockwork OS image) and an appropriate power adaptor. Most people just have these things lying around.

Ha, or you can wait and get a DevTerm! It should be able to do all that, and more!

One of the options was NOOBS which essentially is copying files onto a bootable fat32 partition, ie dragging and dropping, then allowing it to boot up and “populate” the card. ClockworkOS does not currently do this.

This is not possible with an AllWinner SoC as the one in the GameShell, there is need to do some raw writing to prep the SD card for booting, sadly.

Edit: Though with the FEL mode there could be way to simplify the process, but I’m not sure how to ender the FEL mode with the CPI 3.1. There still a lot of work to be done with the GameShell on the OS point of view…