DevTerm capable of running on external power without batteries/dead batteries?

Do we reckon that I could plug the DevTerm into a USB-C brick and run it without batteries installed?

Hard to say without the hardware in hands, but ultimately it will probably depends on your power supply.

Depending on how power hunger the devterm is going to be, if your power supply is too weak (but still enough to charge when the DT is in sleep) the battery will buffer some of the current spikes

So honestly it is hard to say, but I will answer “probably”

I gotcha, thanks for the info! I’m very curious about this, since I mostly plan on using this thing while on the go, perhaps with a power brick of some variety.

Not sure why you would not put battery in it?!

Don’t get me wrong, I definitely WILL be putting a battery in it! I’m mostly thinking about it’s battery life, and how I wouldn’t want to shut the device down while charging (if, for example, I was in the middle of writing when the batteries were going to die).

I intend to use powerpacks to see if I can charge the cells thru thr devterm from a power pack and how well this works out.

CPI confirmed that you can but it isn’t recommended.

…Actually, using only USB-C works, we don’t recommend it because the batteries provide extra stability.

Take it as a laptop, many people run their laptops without battery but it just takes one wrong move to pull the cable and boom, your work gone. And sometimes your entire filesystem

Since there was all the discussion about batteries on other threads (which ended up being generally useful), it also spooked me a bit. Especially since there was some indication that keeping the batteries in the device might be dangerous (or charging it in the device might be dangerous), which both seemed a bit ridiculous to me. Since I was new to this type of battery I was trying to do my due diligence and research. I kinda came to the conclusion that these batteries are pretty much the same as laptop batteries, and the Devterm can be treated like a laptop in terms of charging and power.

Yeah most laptop batteries are made with 18650 cells. The takeaways are, use quality batteries and protected. And as for charging them outside the devterm is just a generic disclaimer, it has nothing to do with the devterm, but with batteries themselves, by nature batteries are dangerous. 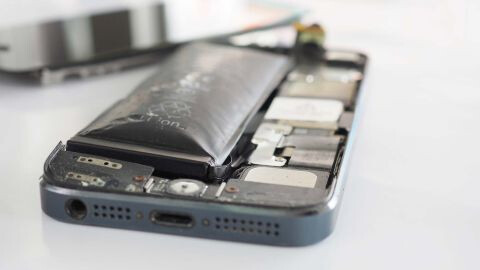 So you recommend charging them externally even if you get good batteries? Is it that dangerous to charge them while inside the devterm? I would have to look back through the threads but I thought someone from CPI said that it would be perfectly fine to charge the devterm without removing the batteries. I don’t have much experience with exploding batteries but it seems to me like I shouldn’t need to charge the batteries externally unless I get very cheap batteries and don’t want to risk them destroying the devterm.

I read through the threads before I made my Devterm preorder and I wouldn’t have bought the device if I felt I needed to take the batteries out every time to charge. I don’t do that with a laptop and it sounded similar to me. Also, the act of removing them regularly seemed to be more dangerous since it could damage the sleeve over time.

These “concerns” came from a single person.
There is no more concern to have about charging them in the DT than charging them with a random external charger.

Use battery with internal protection, that’s what really matter, using un protected battery is what most of the time led to a disaster.

The chip used in the DT for charging batteries is used in plethora of smartphones and other devices, if you have to doubt it, then doubt every other devices using lithium batteries.

The DT have protection for itself, not to protect the battery, and yet that protection will not work if an unprotected battery is plugged backward.

The protection in the DT and the one in the battery have really different goal.

The one in the DT is to prevent to harm the DT by preventing to some extend inverse polarity, though as said, a battery that will be in short circuit that can deliver amps is likely to destroy that protection and then destroy the DT, or part of it.

The protection in a battery is to prevent overcharging, over discharging and to some extend over drawing on the battery (and so prevent huge current spike in case there is some form of short circuit)

thanks for the reply. This is what I was thinking and why I was confused by the proposition of needing to removing the batteries to charge them.

So, has anyone actually received a device by now?