Just updated and it said something about removing pac man and Mario? Says everything is up to day but those games aren’t there!!

mario and pac man may have copyright issue

Well. Not cool, but you know lol

I’m going to be dropping a phaser game for the GameJam - and I’d love to integrate it with your launcher.
What’s the best way for me to distribute the game to work smoothly with it?

Hi @IndieImprint! That’s great!
Well I think the best way is to create a pull request to the forked repository of @guu at: https://github.com/cuu/GSP/tree/master/GSPGames (if guu agrees, your game could come pre-installed in the clockworkpi image).

Else of course you can create a pull request to the original repository (https://github.com/pleft/GSP/tree/master/GSPGames) and I will merge your PR to the master branch. You can find instructions about how to include your game in the launcher in the README.md file:

and include more games as much as possible to clockworkpi os image ,but without copyright issue

Hi @guu, sorry for driving the thread off topic but both games that you removed for copyright issues have license files that state the opposite (at least as I understand). However I confess I am no expert when it comes to such matters so if you understand that those games infringe copyright then it would be better if I remove them also form the original source code.

no , you keep them is good,they are good games

If I can sure about the copyright issues later (I am no expert at laws,too )

I’ll just use your repo directly into clockworkos img

Well @guu is right. For example just using Nintendo IPs is an enfreightment, you can’t claim any right on using them without a expressed agreement with them, which is not the case in Notch game nor the HTML port of it.
The other one using Namco name is in a similar position, and guu is right to not include them in the official GS release (the one that may be included in the official GS image)

Theses games live in a gray area that would not stand if the copyright holder decided to strike, so it is better and safer for guu and Clockwork to not include such things in the default image.

You have close to no risk because not selling it, where Clockwork is selling devices with preloaded firmware.

Ok - we’re sorting out the asset details right now (permissions, licensing, etc) while we work on testing and gameplay.
Our distribution is basically an index.html, a few supporting html, json, wav, and png files. Not being sure how it would get distributed, we tried to simplify it as much as possible.
We just want to make sure it’s as easy for people to install as possible after the GameJam. It doesn’t need to be bundled or anything (it’s just a simple game), but I don’t want people to have a hard time installing it.

Thanks so much for your help!

If you add it to GSPGames as we mentioned earlier, it will be available to the GameShell users (those who already have GSP installed, CPI OS v2.x users already have it by default) as soon as they issue a git pull command on the GSP folder. Else you will also have to bundle the nw.js environment along with your game (since this is required to run js apps on GameShell)

Perfect. I will do so - since nobody wants multiple copies of the env running around (especially since it requires sudo to modify the libraries)

Screen shots of my WIP for GSP 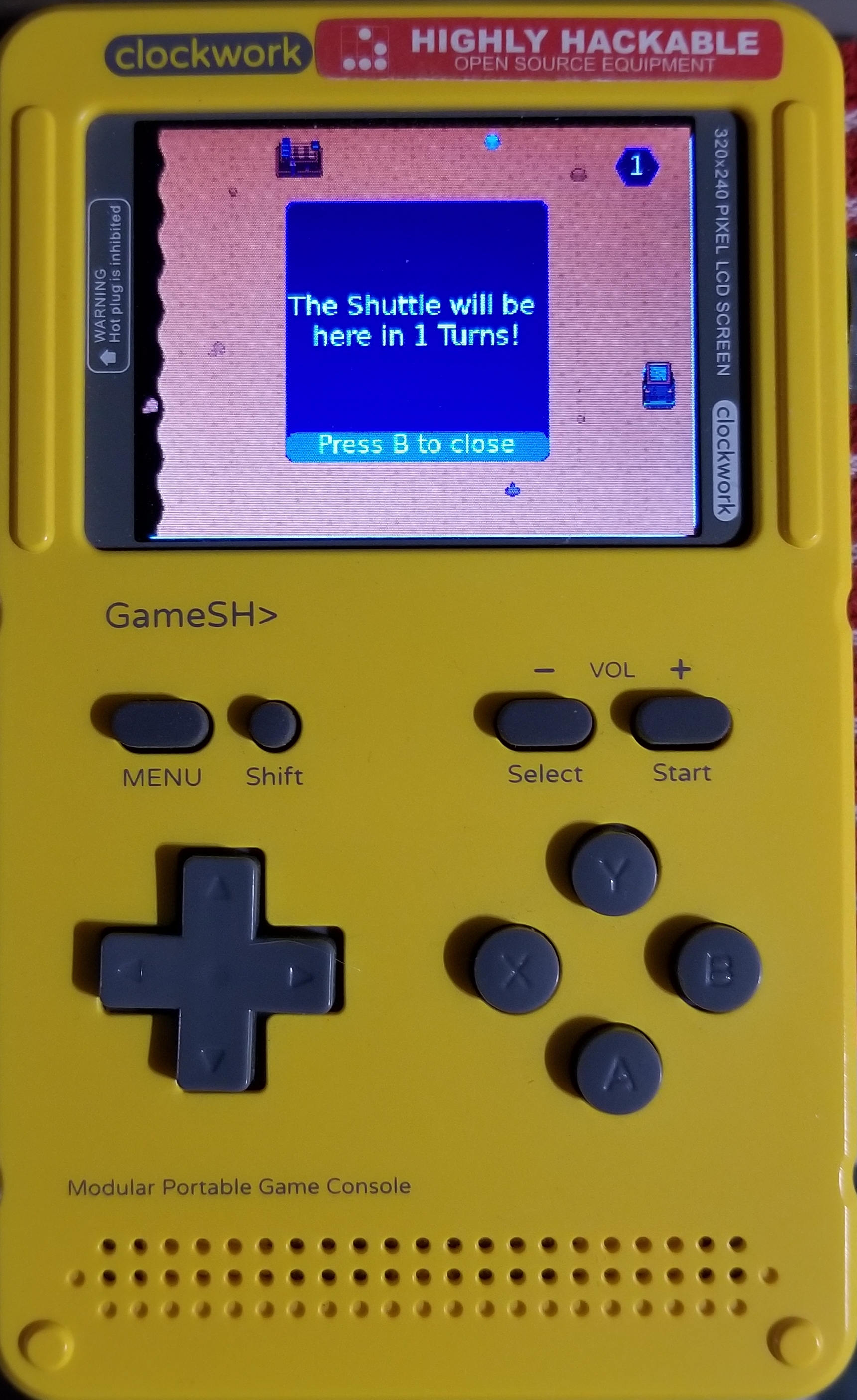 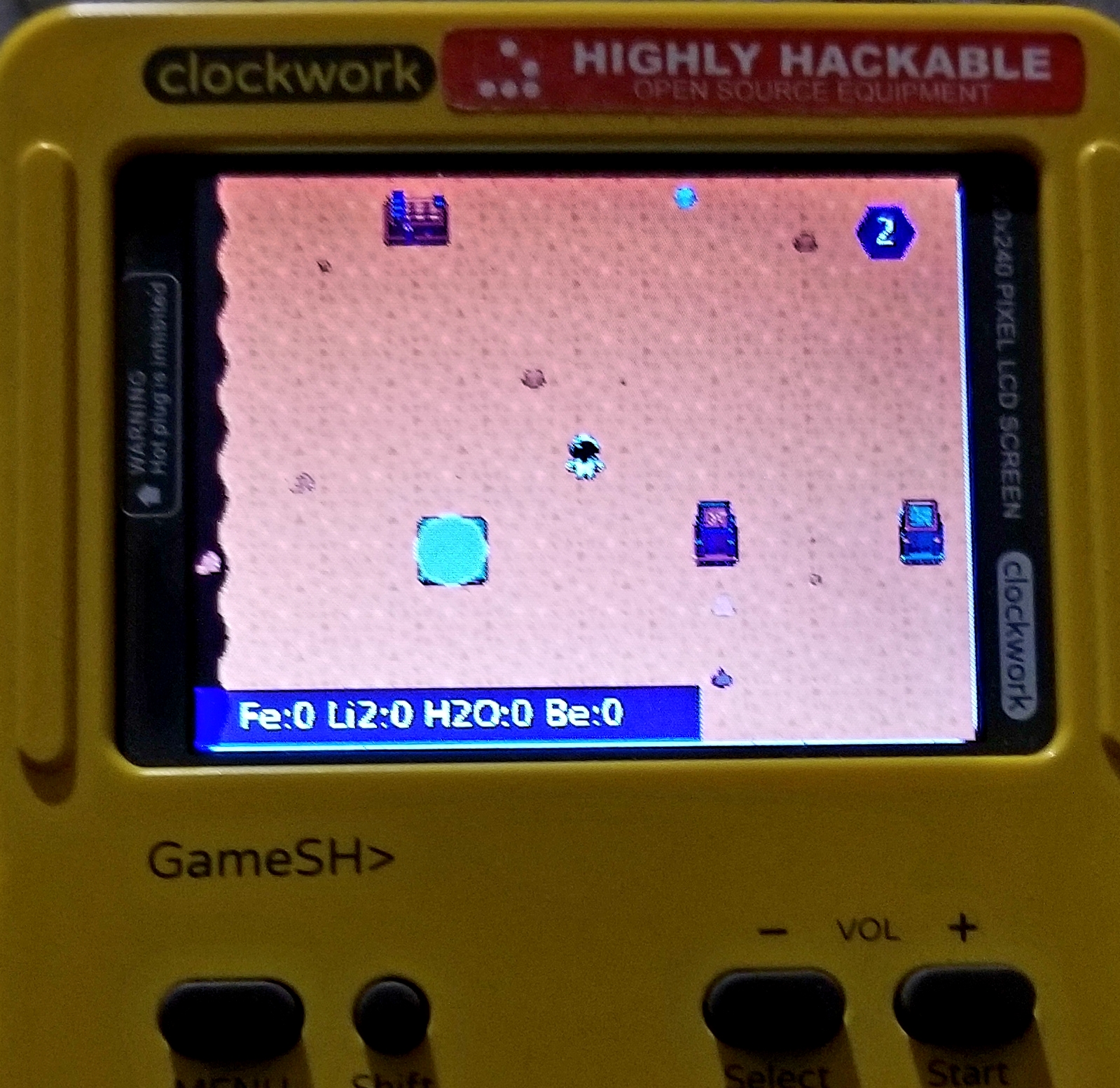 Your game looks great! Can’t wait for the final release!

Then you’ll be updated to the latest version. GYATM is the last option in the menu!

Nice job @IndieImprint! I think it would be better to wait for @guu to update his fork because the instructions above might be a bit confusing for most. One can always add my git repo to the existing git config by issuing in the GSP folder:

And GSP will get updated with the latest changes from pleft repo. To turn back to cuu’s