+1 although it is awefully quiet from @yong

Hoping there is not another hickup in the process. Some backers on indiegogo are also getting very anxious (and less polite to say at least).

Also (correct me if I am wrong); if the images are being put on the SD-cards, it would imply that the code is ready. Can we expect it on GitHub anytime soon? This might silence some of the worried people as it is something “visible” for them. And come to think of it… weren’t they supposed to release the *.stl files in March/April or so on GitHub for own customization and 3d-printing

I totally get you considering other kickstart campaigns have scammed people before. But I am sure everything will be ok and clockwork will deliver. Just hold on a few days.

@yong Totally can’t understand why keep silence and don’t answer any question on both KS and IGG during last 2 weeks.

We know they are making the product so I have little doubt that they’ll scam us. But it’s a little unprofessional with the lack of communication, the only wave we’ve been getting updates are through the forums here and not through IGG or KS like we should be.

I’m totally with you, guys. I appreciate that we’re getting updates and pictures of the actual product, but lack of communication in recent days/weeks keeps bothering me. We’re in the middle of the week and still no news on the shipment, come one, it’s getting a little silly, especially that shipment has been postponed a couple of times already, don’t you think @yong?

There was a three-day national holiday in our packaging and shipping partners until yesterday. We were just told by them that there was a mistake by filing under SBC Computer Boards export to the Custom, and it has to be re-filed under Game Consoles. This will probably cost us additional three to five days. We apologize for our mistake. You could expect to receive tracking numbers in next week if everything goes smoothly as expected. 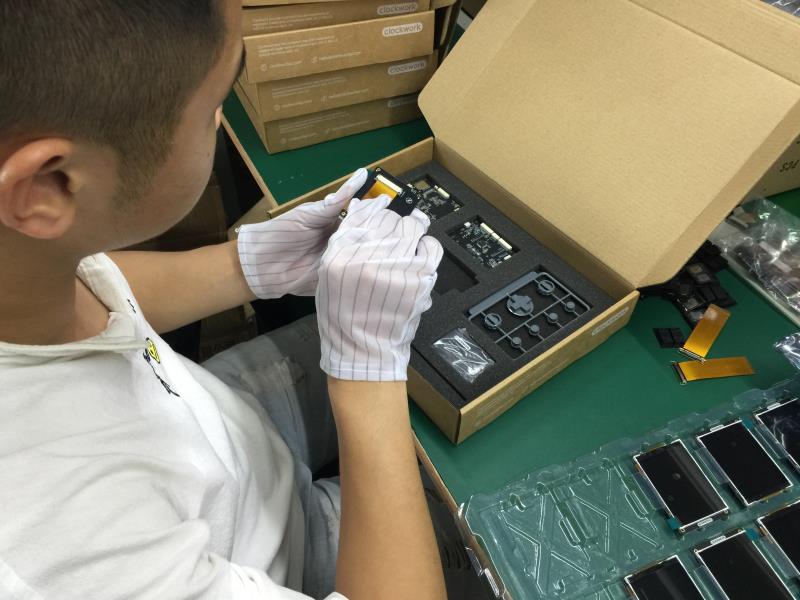 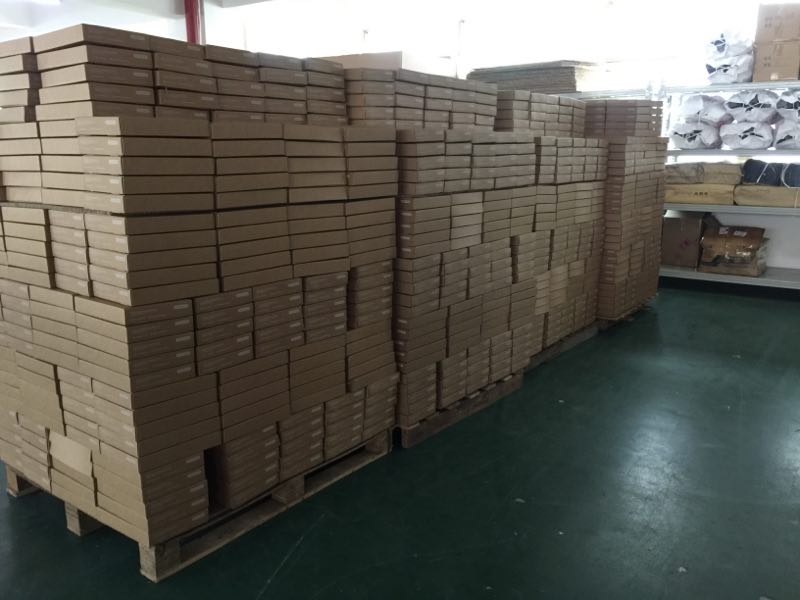 I have a few picture from the packaging and shipping partner in last week. Again, we are sorry for not being able to deliver on time, there were just too many steps that are out of our control, but that’s just our first-time lessons to learn.

Thats not very pleasant to hear.
You guys move the shipment day again and again. As a developer, I understand there can be unfortunate circumstances during development/production. BUT:

SD card image was in your direct control as well as customs declarations and coating quality control.

I’m not even happy right now about backing your project. Estimated delivery was on my birthday and I backed you as my birthday gift. But it’s 2 months since April and still I get promises to ship next week/month with complete lack of communication.

I hope this project will be a great lesson for you guys, so that you won’t disappoint anyone in the future.

No they are not in control of everything. They probably got some sample of the SD card that went well and when it really go into mass production something went bad, they discover it before shipping which is not a bad thing, so they kept thing under control.

And if you backed the project (on KS I suppose?) thinking you will get in time, well, you may not have enough experience about backing project. This is not a store, and you have to expect delays, sometimes LOTS of delays.

I was thinking how to put everything you said nicely. Tnx for speaking my mind.

Thanks for the update ! Appreciated !

The problem was not with the SD cards, but with image that they were flushing, so the problem was with the software they develop/maintain. So it was under their responsibility.
Regarding customs, I believe they provide the info about the product they want their partner to pack/ship so I still think this is clockwork’s mistake here.
And no, this is not the first project I backed on KS/IGG and this is the first project that got LOTS of delays.
On top of that, I’m moving in the end of June and afraid that by that time they still will not deliver the product. Address change is not available now, as I’m aware.
Anyway, I do hope this will be the last delay and we all get the product with no more serious problems. Cheers!

Have you ever heard of file corruption?

The file used to write on the SD card was corrupted in one way or another, that was probably not Clockwork fault.

Correct, and happy they checked before shipment. That would have been a bummer upon receipt otherwise.

Dude. Chill. Do a quick online search. Around 75% of Kickstarter projects suffer delays. It’s natural and even expected. You should be happy it wasn’t cancelled. Don’t want to live through this? Don’t participate in crowdfunding.

Fortunately, I did.
Checking CRC checksums is not that hard when producing high tech device with this SD card as main storage.
Image situation where laptop producers flashed corrupted drive image with preinstalled windows on most of their laptops. QA should be there to prevent such issues.

Clockwork is a small company (how many? 3? 4?) I don’t think they have a “QA” team nor enough resources to do that. Also that is probably their first project, that’s normal they are hitting that type of issues.

I don’t need to chill. I didn’t say anything bad, just expressed how I as a backer feel about all of this. And shared my concerns that every delay may introduce new problems, with people moving, etc.

You should be happy it wasn’t cancelled

Are you serious? I believe with this attitude we as community will encourage project not to pay much attention to realistically measure their capabilities and shipment dates, going to crowdfunding knowing that they can delay as much as they want, just don’t cancel it.

Don’t want to live through this? Don’t participate in crowdfunding.

This is quite toxic. I do support interesting and ambitious project and expect teams to pull all of their efforts in delivering promised products. And the thing that I believe team has not pushed 100% their capabilities does’t imply I should not participate in crowdfunding in general.

Kickstarted page shows at least team of 5.
And I think there’s more people on supporting roles.

Sorry, maybe I was harsh.

But this is a risk that you knew existed and that is well known to happen. You seemed a bit pissed in your comments that’s why I say don’t participate if you don’t want it to happen to you.

As a note, it was my birthday in May, I also bought it for that but it didn’t get here but I’m not mad. It’s ok.