I think he was just saying that the GameShell isn’t made for perfect emulation. If you are looking for a system you can plug real cartridges into and play perfectly, you need real hardware.

The GameShell is great as an emulation platform. But it is only that. Without the right hardware to process your games, it will be emulation even if you run it off of a cartridge with something like this.

So, spending money to set that up is kinda useless when you could simply store the roms on a sd card. You own the cartridge, you own the rom. No real legal issues here.

Though, I can understand that feeling of “owning” your games that you get from plugging in a cartridge.

What I try to say is that with an emulator using the real cart is pointless, use a ROM file instead. If you want to use use a cart, dump it then use the generated ROM file.

Working with a real cartridge with an emulator is a source of potential problem, look at the NES and Mapper 30 (used by NESMaker) it is an aftermarket mapper, which is not supported by most emulator, and all the psuedo hardware (retron-thing) that use cartridge but in fact is an emulator (and not real hardware, not even an FPGA) are not able to play a physical cart with unsupported hardware.

If someone want to do that, well do it, I do have my own list of project that people would think pointless, I’m not there to judge that. My only point here is that, this is more likely to cause problem than it is going to solve.

But yes, that why I mentionned the Retrode, hardware to do that already exist (like also the one mentionned by @QuantumKraken) but be aware that even using such a device is not running properly like the real hardware/FPGA clone do.

Also be careful with your save on SRAM backed cart, it super easy to screw them, super easy. I’ve already lost data with official hardware (Transferpak on the N64 with a GB game) so be even more careful with that, especially if you try to write!

I have a couple of fpgas somewhere. Is there a vhdl project to map the original Nintendo hardware?

Yup there are some:

Nes in FPGA (VeriNES) or GameBoy in FPGA

I know. You can’t jailbreak a phone. I’ve actually got a gameboy advance sitting right next to me, and it works. I’ve also got a couple of gameboy colors and a gameboy advance. But I can’t program anything for them.

But I can’t program anything for them.

You know, you say that but the product I linked above does allow for programming cartridges for the Game Boy.

Programming game boys is very hard. You have to do that in assembly, which means you need to understand the underlying hardware architecture.

I never promised it would be easy, I merely stated there is a way if you wish to undergo such a project.

I prefer to work with higher level languages. If I could just dictate what I wanted the thing to do and have the computer let me agree to whatever artwork I wanted it to use, I’d do that instead.

You may enjoy this thread then: Possible NES Development Software On Kickstarter

No, that software does not enable a comprehensive programming eisel. For such an eisel, I would need to pay an intelligence devourer to zombify the game developer and bend him to my insidious and diabolical will.

Pffft, C isn’t that bad. Besides, you have like… over a thousand examples you could use?

Now a word from my lawyer:
We have not programmed a game boy game and thus cannot represent the ease of the creation of new games or the illegal action of pirating roms for example code. We hope you understand

It’s a brain! With feet! What’s not to love? Well, the fact that it feeds on your consciousness and takes over your body, for one thing.

I just copy and pasted this article so you’d know exactly what I want for Christmas. I would like to be able to copy and paste an exact detailed analogue for anything I imagine in such a way that my gameboy automatically plays my dreams exactly the way I want them. Also, I’ll take the lawyer. How could that go wrong? I’ll especially need the lawyer as soon I finish Daniel Suarez’s Daemon. Veeery interesting…

3956 examples to be exact. Excluding rom hacks of course.

I think you can mix and match your dreams with a little practice.

Intellect Devourers are way to expensive! Have you seen what they go for at PetSmart?! All game developers have secrets. Just threaten to release an old game of theirs. You dont need to have it, just threaten to have it

We do not advocate blackmail or the trafficing of demonic creatures.

You aren’t supposed to buy them at PetSmart because that company traffics with ilicit evil monster mills. Those mills are very cruel (the mills, not anyone with adequate legal defense). Demonic creatures have feelings, too.

As a hobbyist open-source game developer, I feel no fear from your threats to show other people my bug-ridden games.

I sort of mothballed my business a few years back just because the writing turned out very well. There’s a part of me that I do want to keep my hand in the game and of course I’m constantly learning about software and development tools but not in the same way that I did before, to solve a real meaty enterprise level, mission critical problem. It’s because I want to keep up or I see something interesting and I play around with new tools. I don’t actively consult right now, but I do keep up with these things. ─ Daniel Suarez

Anyway, I thought you developers would love to read more about Daemon and the BTC (Bureau of Technological Control). As for me, I’m just doing some Pycharm and hoping to make a coolish card game. I get a lot more unctuous about an awesome new story, but if I can do a game, I really look forward to that. 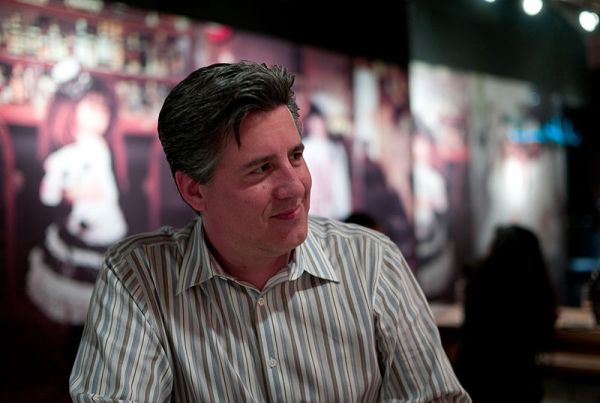 Daemon And Influx Author Daniel Suarez On Why Innovation Has Stalled –...

Daniel Suarez self-published his first novel, Daemon, in 2006. The book and its sequel Freedom chronicled the rise of a botnet that uses self-driving cars to kill humans, crashes the stock market, and creates a new society in its own image. His next...

They’re evolving! Fall back! FALL BACK!

@TrapaPie I have the book open in another tab. The abstract I found online made it seem like my type of book. Gonna read between classes.

Yeah, I like that author. Did you know the NSA actually did a raid on his house because he spooked them with his ghost story? He subsequently got interrogated for being too smart. Nevertheless, I really disagree with him on why Bitcoin isn’t a good idea.

He says that the coins have no inherent value, but actually, the solution to a complicated math problem is valuable because it is rare. Instead, I think the biggest problem with bitcoin is that the blockchain technology used to ensure the integrity of the data is vulnerable to collusion. Besides that, the technology enables hoarding, laundering, and an assortment of seedy practices.

But why would anyone put this here? And who’s ultimately responsible?

Humans are much better at lying than they are at telling the truth, especially the ones who make money. Oh, and that’s especially true teleologically. And if you don’t use teleology, then you don’t receive as much information, not true or false but instead useful or non-useful for one’s own standing. And how’s anyone to prove who was crazy about what without saying who or why? If you make it illegal, the party responsible for monitoring intelligence becomes more hypocritical and discursively dishonest than anyone. There’s no cure. #FeelsGoodMan

As for every program you can make, do you know? If you don’t know how a computer work, not going to be easy to make (efficient) code for it.