I would like stream the video signal from the gameshell. the api is quite simple on the twitch side, but what I am looking for is a hint how to get the video and preferably also the audio signal captured on the device.
anyone has an idea?

you may have a look at cli possibilities of Streaming to twitch.tv - ArchWiki

I already have seen that, thank you. What I need is a possibility to get the videostream itsself. from then onwards I have an idea how to

The easiest way would be to get a USB HDMI adapter and then just use the Gameshell’s video output as a USB video-in on your PC. Though I’ve never used the Gameshell as input, I got one of these and it worked fine for streaming from an XBOX 360. As long as you can produce HDMI video output, you can stream anything this way: 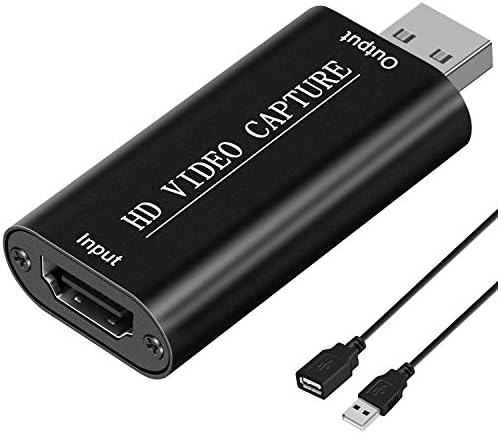 For playing games, I’d recommend getting an HDMI splitter as well. Otherwise, the only way to see your video output will be through your PC’s streaming software, and there’s a small delay. For gaming, that delay is noticeable and can be annoying since it’s like having a slightly laggy controller. With a splitter you can have the Gameshell (or whatever device) hooked up simultaneously to the adapter for streaming and a monitor for playing. This splitter worked for me: 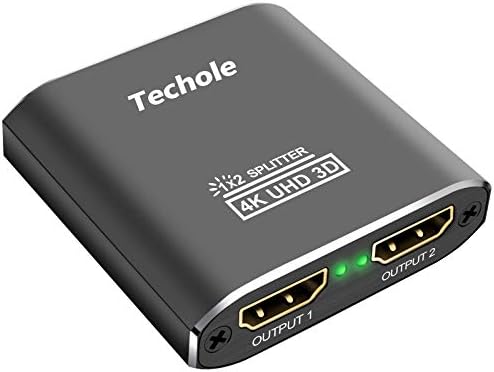 I’m not sure if it would be possible to stream directly from the Gameshell, but if some software exists it would be interesting to try. While it might be convenient since it would only require the one device, you’d probably have a hard time getting anything other than the display streaming. If you send the video signal through a PC, then you can use OBS or whatever other streaming software you want, and have customized overlays, webcam(s), etc.

I already thought about that, but unfortunately I still got a first generation Gameshell without hdmi out -_-
I will try to figure out if it works on the device itsself. I saw some hacks on retroPi devices using ffmpeg, so I guess it’s just a question of performance in the end

Understandable. I’d love to see if the Gameshell could handle it.

I poked around online, and this seemed to be the most promising option. They’re using Retropie, but the tools and methods mentioned in the links might get you closer to getting it working on a Gameshell too. I haven’t tried any of it myself, but it sounded like this was successful on an older Pi, and might be possible on the Gameshell too.

How do I set up live Twitch streaming from RetroArch on a Pi 3?

There is a setting in Retroarch to put your twitch stream key. It’s in ~/.config/retroarch/retroarch.cfg
You get your twitch stream key from your dashboard under settings.
It’s using the ffmpeg driver, so you’re probability bang on the money. I’m using Retroarch 1.9.0. I built it with all the features enabled. From memory, the official image has a lot of things stripped down; including streaming. You might need to rebuild Retroarch.

I’m doing a stream now. See how it works here:

Twitch is the world's leading video platform and community for gamers.

The only thing is, you would need to be doing something in Retroarch.

coolio! that’s what I know from other retropie installations, eg. on my desktop. so I will recompile retroarch for the cpi

I think the current retropie for rpi4 is based on Debian Buster; with an emulation station front end launcher. It uses a mix of Retroarch and standalone emulators; basically the same as gameshell. Heck you can even put emulationstation on gameshells.

This weekend I tried to compile emulationstation on Gameshell since I messed up with Retropie. I see the solution “emulationstation only” as a complement to what the OS already allows. It works very well! The configuration of ES is quite simple and so we have the opportunity to have themes more sympathetic than the simple list of roms offered by the OS. I’m thinking of creating an optimized theme for 320x240 resolution. Are you interested in a tutorial?

I’d say anything you can do on retro pie ahold be able to be done on Gameshell.