What games are people running on Devterm?

Thanks for any comments/help that come my way!

GitHub - jorio/Bugdom: 🐛 Pangea Software's Bugdom for modern systems no clue if this will work on the devterm, but there appears to be a modern open source version of this game here. Check out the release section, or follow the instructions to build from source

Will get you Open Transport Tycoon. Hassle-free. Works on CM3 and A06.

no clue if this software is devterm compatible but here is a guide: How To Use AppImage in Linux [Complete Guide] - It's FOSS

Anyone happen to get Cave Story running on devterm. I’ve seen it working on Clockwork’s instagram. I tried a release from this repo GitHub - PokeEngineer/NXEngine-RPi: A rewritten port of a Cave Story clone for the Raspberry Pi but no luck so far

So after free time actually came my way I researched this out and it seems that arm64 processors (have the A06 chip) cant run appimage sadly, still going to see what else I can do in regards to downloading software for arm systems

I really want to try OpenMW sometime. I remember that people got it to work on a Pi 3, with mostly mixed results. But maybe the 4gb A06 can be more up for the the task.

I recommend NXEngine-evo. I don’t have a Devterm to test, but you could definitely build it from source and it would work great. I uploaded a build that I did from my Raspberry Pi 3B a couple months ago. It works great on my Raspberry Pi, and it should work on any armhf Linux computer that uses glibc. It’s also an AppImage. AppImages that are built for ARM totally work on the DevTerm. 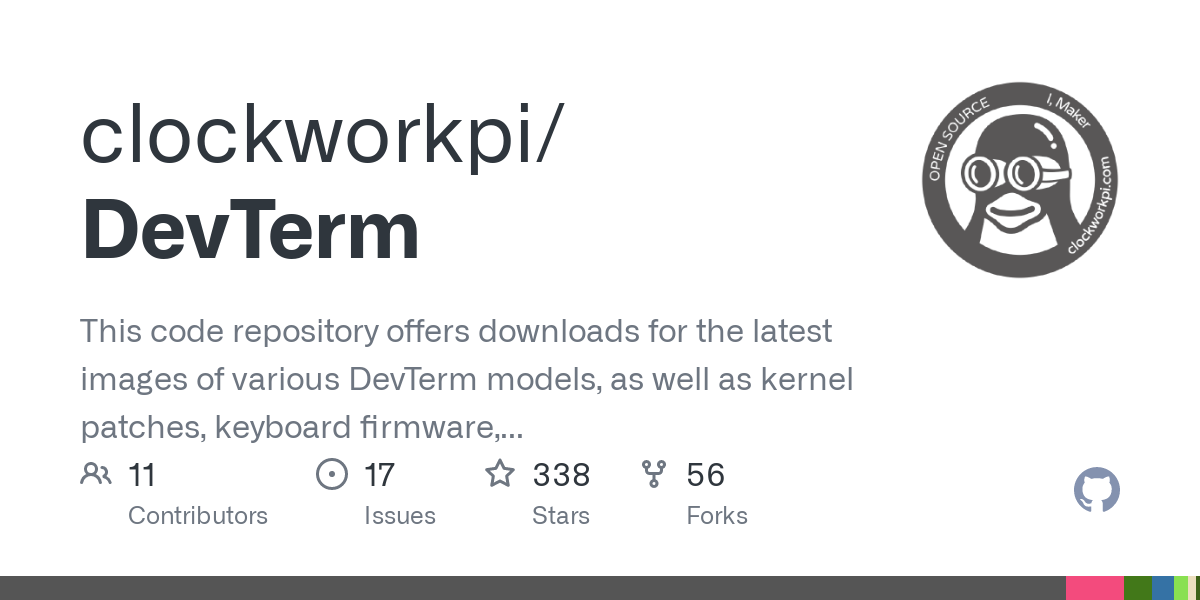 Compile the widescreen version of Cave Story from the source code ·...

complie the cave story for devterm

will install cave story for you

after installation
press the Esc key, enter Options->Graphics, select the resolution as 1280x480, and open the full screen.

thanks！
How to use D-pad and ABXY button?

@guu this is incredible thank you!! I think when you take a risk on a new platform you are waiting for that killer app moment and this is that. I cannot describe how wide my smile was to see cave story running in ultra wide resoltion on my devterm. Awesome experience. Makes me very excited to see where the community takes this next

I’m getting “file has unexpected size” errors when trying to install that on my A04. Any ideas?

@makura At the risk of sounding dense, what’s the thing next to the DevTerm?

maybe because the apt repo has re-generated

Yep that seems to have sorted it, thanks!

Does this work for A04 or not yet?

I’ve been working on building a number of things lately and I took a look at those Pangea games. The person who posted the code for Bugdom also had projects for MightyMike, Nanosaur, and OttoMatic. I’d never seen or heard of them before (I’ve never owned Apple stuff), but the git projects are very clean and build easily and quickly on the DevTerm. I didn’t even need to install any packages, but I think it’s probably because I’d already done it for other things.

When built, they each only have a single executable file. That file and the “Data” directory in the repo need to be in the same place. As far as I can tell there’s nothing else needed to get the games to run (and they run well, full speed and “wide screen” using the full display. The only issue I noticed was every game detects a joystick but complains with: “Joystick(s) found, but none is suitable as an SDL_GameController.”. It might be a SDL thing that could be tweaked without rebuilding the game(s, but I’m not sure…

As a bonus, they even include .desktop files and icons. That all seems to get set up with the appimage thing, but the files are all in the repo and could be used to set it up manually. Maybe these games are candidates for making deb files, @guu? All the pieces are there, but it would need to be assembled.