Hi, the site mentions ClockworkOS as supported operating system. How I can obtain it? Or maybe even contribute to it.

Is it possible to play with OS in emulator?

this is the official clockwork OS 0.5: 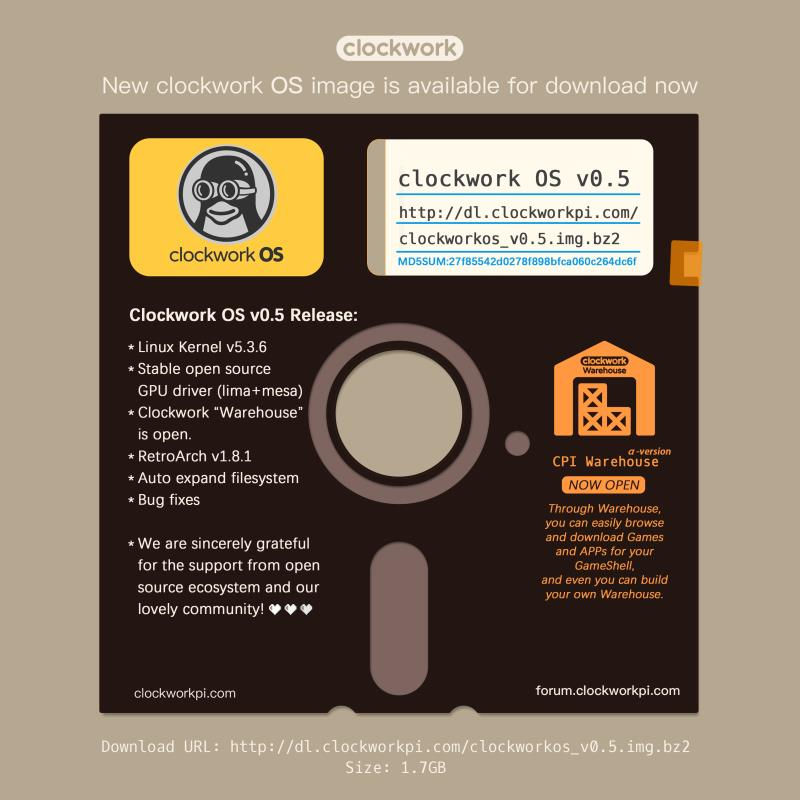 this is the most recent community revision:

Similar to my previous DEOT custom build based on 0.4, I have put together a new image, based on the ClockWork OS 0.5. This is the same as the official 0.5 image, just with a lot of updates, and quality of experience optimisations. You don’t need the DEOT edition Gameshell to use this. The official DEOT image is much older, and behind the official 0.5 image. This custom image is the bridge to get the best of both worlds. [b7d679edaee7a55ad42147c9085b5e919824296a_2_462x500] Here is a google dr…

both are debian based, not sure what the devterm flavor of clockworkOS will look like, but here is clockworkpi’s github 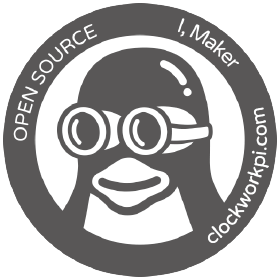 anytime! welcome to the community!

This post isn’t hidden, it’s right there on the main page under Latest. What blog are you talking about?

I’m talking about clockworkpi blog. The post is accessible if you know its direct URL

But nothing more, if I would click on “All Posts” or any other category, it will ask me the password:

Password is “clockwork” but you won’t see anything else. You’re not missing out anything. It’s mostly just reposting of breakthrough discoveries made in the forums, or interesting ways to use the gameshell; again from the forums. In fact, most people probably wouldn’t even see the guest area screen, unless they were looking for it.

I was hoping to see some index of the posts when I click to “All Posts”.

Anyway, after some browsing of the forums, I’ve got an expression that it is not easy to run ClockworkOS on qemu or something like that. I imagine it is not P0 goal, but would be nice to have before DevTerm will be shipped.

Is this re: gameshell or devterm running in qemu? The majority of threads here regarding qemu were for the gameshell on the older Clockwork OS 0.2 in 2019 and earlier. The kernel was in its infancy, and wasn’t very stable; and was seemingly the cause of a lot of the problems.
I’d give it a shot with the current OS/kernels.

It would be interesting if we had access to a Devterm clockwork OS to have a play with. Although, from what I’ve gathered from the Gameshell OS, it was basically one guy (@guu) having to write the majority of it himself, and really was pushed to meet crunch time deadlines.

I wouldn’t want to push whoever is working on the OS too hard, just to have them release to the public a premature half baked image. Crunch is bad.

I have no idea how they pay their coders, but seeing as there wasn’t any Kickstarter or anything, I wouldn’t expect them to have more than one or two people working on the OS. If anything they probably rely on pre orders. But eh, this is just speculation.

Re: index, I’m just using my phone browser in bed, but are you seeing something different when you click “all” on the blog? Here’s what I see: