I replaced the ceramic WiFi/BT antenna with the following (you can see the original antenna for reference):

UPDATE: the howto video is linked further down.

The result is a much better WiFi signal:

The antenna comes with a selfadhesive tape so you can tape it to the case like this:

Will this void your waranty? I’d say yes.
Is it worth it? Totally.
Is it easy to do? I think yes (if you have some experience soldering SMD parts).
Would I do it again? Always (I pretend to know what I do)

But it is a great idea!
Is it possible?

I wouldn’t imagine it would be hard. Just watch out re: FCC certification/violation installing a non standard transceiver.

Add an external antenna to a Pi 3

I personally don’t have any problems with the wifi reception. Generally the gameshell works wherever my laptop does, and I generally only use wifi on injunction with my computer.

I can see the benefits, using the gameshell as a dedicated wifi connected device, ie media streaming etc. That and as a MMO machine. The only MMO I play on the gameshell is PokeMMO.

It easier to use an usb antenna like these

Update: I replaced the antenna and it works much better.

@guu: have you ever gotten 100% signal? the label overlaps the icon now

Looks nice and non intrusive as you can still fit it inside the case!

Thanks so much for posting about this @p3dt, and especially for the video!

I ended up buying a similar antenna (actually 2 since they come packaged that way) from Amazon here: 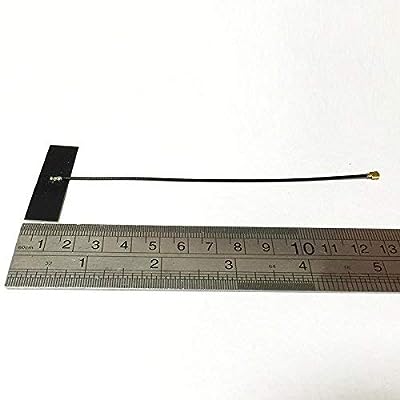 I’m still using the original GameShell case, and the only modification I had to make was to drill a hole in the main board clear plastic case, like you showed in your video. It turns out there was just enough empty space at the top of the original GameShell case that I was able to slightly bend/curve and “cram” the antenna inside that space and still close the case tightly. I suppose I might get a little bit better signal if it was on the outside, but I didn’t want to modify the outer shell unless I had to.

Going into this whole thing, even with the video, I was skeptical of my soldering skills and a bit worried about pulling that ceramic part off. Thankfully there’s nothing physically close enough to it, so even my poor soldering skills were able to cope. I used some needle nose pliers to grab and remove the ceramic piece once I melted the solder. Connecting the new antenna was super easy, again because those solder points were nice and big and spaced away from each other and everything else.

The end result was that one of the areas where I tried to use the GameShell in the past which only gave about 30-40% signal strength jumped to 80-90% signal strength! I can now comfortably use it everywhere that I can connect other wifi devices, and I’m quite happy with the result. Since I didn’t even have to modify the outer case, it even looks untouched from the outside.

The only drawback is that it makes it a little trickier to get inside and remove the SD card, but that’s something I’ve tried to avoid doing much all along anyway, so it’s not a big deal. And it’s still about as accessible as before, it’s just that extra care must be taken to not pull on the antenna when messing around inside the case.

Note: if anyone does use this exact part, I’d recommend only cutting off the plug at the end and stripping the wire from there. The length was pretty much perfect, but there’s not much extra so I wouldn’t advise cutting off any you don’t actually need to! 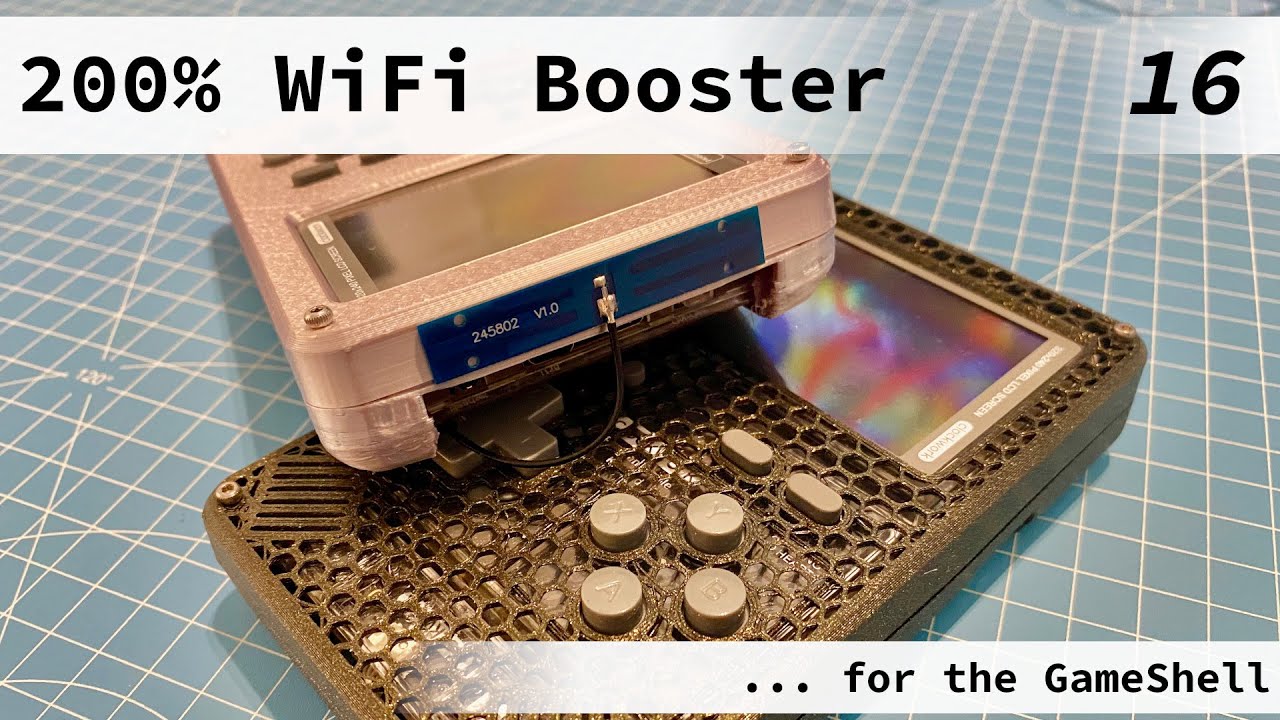