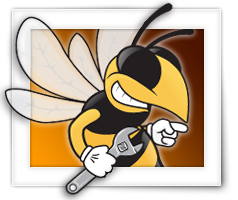 It appears that my issue with the 0.4 to 0.5 upgrade was caused by the missing theme icons that were added in v0.5.
Missing files prevented the themed OS from loading and resulted in being stuck on “Loading” screen.
Anyway, copying the files below over from /home/cpi/launcher/skin/default to your favourite theme folder should solve the problem:

I have updated my dark theme (and styled new icons) accordingly, so it now works with clockwork OS v0.5 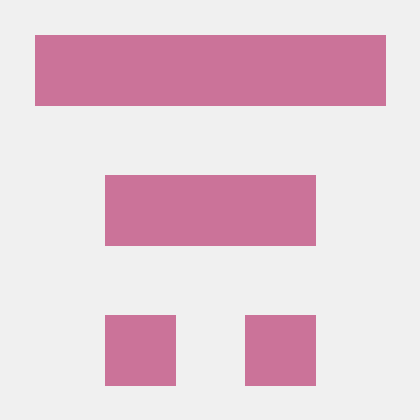 Theme for GameShell. Contribute to domichal/GameSH-Theme-Greey development by creating an account on GitHub.

To disable “You have new mail.” message:

If you want to disable it for ssh too, edit /etc/pam.d/sshd in the same way.

To get rid of tidal, qobuz and id3v1_encoding warnings:

Hey folks, a little help on this one would be appreciated. I’m super new to all this, (got the gameshell as a learning/fun gadget) and am having some issues following the instructions above, and I’ve tried to use the comments but I feel I’m missing something basic.

So I know I’ve got the patch file, but I can’t for the life of me figure out how to ‘run’ it, like the instructions say to. I’ve tried a ‘run’ command, and have rebooted the pi to see if it shows up on the pi’s gui, but no dice.

Like I said, I’m sure it’s something super simple. I appreciate the help!

As in windows, linux has file permissions.
You can find a nice starting point on linux systems here UNIX Tutorial for Beginners

So lets start from the basics.

You can check if the patch script has executable permission with (More info here http://www.ee.surrey.ac.uk/Teaching/Unix/unix5.html)

Probably as you downloaded it from the internet, the patch doesn´t have execution rights for security reasons.

You would have to do

and then to run any script you just need to put ./ in front

Thank you, this was exactly what I needed!

Hello! Welcome to the forums.

An interesting thing I saw in your initial commands. You did a sudo apt-get update, then a sudo apt upgrade.

It comes down to the apt vs apt-get debate. I prefer to use the former, “newer” version. Very minor differences in the way they handle things.

I’d probably stick to using the same one you used to update your sources for the upgrade, ie,

It was always my assumption that updating one, then using the other to upgrade wouldn’t ensure having the updated lists.

Hello! I just got done patching O.4 and had to reinstall the Lima drivers and delete the OS 1 theme to get my Launcher booted. Games are running now! Yay! However for some reason my Light Keys aren’t being recognized now. Has anyone else had this issue? They still light up so I believe they’re functioning.

In standalone emulators too? The fact that they’re lighting up, I’m assuming individually means that it isn’t a connectivity/hardware problem.
My guess is, the Retroarch config needs to be overwritten for compatibility, and the L and R buttons haven’t been defined yet.

Otherwise test things out, using this.

Lightkey not recognised, not lighting up Customer Services

I recommend USB Ethernet instead of wifi. For checking you could use the Arduino IDE with its serial console with my fork of the keypad https://github.com/Mihaylov93/Keypad You would need to set the debug flag to 1 (true) https://github.com/Mihaylov93/Keypad/blob/master/clockworkpi_keypad.ino#L7 so you can get the keypresses on the serial console.

Yeah all I had to do was manually edit the retro.cfg file. Thank you.

Alright read how to update without erasing, but how would it look to put in code?

but how would it look to put in code?

I … don’t know what you’re asking.

It would look like an SSH session. I probably would err on the side of caution, doing the 0.4-0.5 update, if you’re not familiar with how to use the command line, as there is a chance you will have more problems arise later that will render your system unusable without some heavy troubleshooting.

How to upgrade (Patch WIP, backup before use)

If you are currently using Clockwork OS v0.4, you can use a patch to upgrade to v0.5. This way of upgrade will not erase your files and records.

This was I was talking about, how would I be able to do this @javelinface

Haha I think you just answered your own question.
I can’t really answer this without repeating what the instructions have already said, but I’ll try.

After doing step 2, you may get a whole bunch of error messages regarding MPD, and mail notifications when starting up.
To remove them, follow these instructions.

Re: the bulk of it, I did a small write up here. As for the “you’ve got mail” section, have a look at this post:

If at any stage you feel that you don’t know what to answer or what program you need to use, stop what you are doing. You could do more damage than good. I can’t help you, as I don’t know what you have changed on your system, so can’t for sure answer the appropriate response.

The update is definitely targeted at more advanced users. As stated in the description, it is a work in progress, and remember to back up your system before performing the update.

Oh hang on. The exact thing was asked and answered above.

As in windows, linux has file permissions. You can find a nice starting point on linux systems here UNIX Tutorial for Beginners So lets start from the basics. You can check if the patch script has executable permission with (More info here http://www.ee.surrey.ac.uk/Teaching/Unix/unix5.html) ls -l Probably as you downloaded it from the internet, the patch doesn´t have execution rights for security reasons. You would have to do chmod +x patch_for_clockworkos_v0.4.sh and then to run an…

Just want to be as sincere as possible, but don’t forget to read posts, and search things up. There’s a good chance a lot of it has been answered. It’s hard to find at times. But in the case of this one, it was 6 posts above yours.

Oh and here’s another one!

The instructions generally worked for me. A few tips that folks have already mentioned: If you know how to ssh into your gameshell from a separate computer, its a lot simpler to just use wget to download the patch file within your session. This might take a while since its 84mb (!!) the apt-get commands will take a while. Make sure you’re plugged into a charger and that the gameshell doesn’t go into sleep mode When prompted, I chose “use the config that the package manager provides” as the opt…

All in this same thread.

Thank you haha, but the download is just the .sh on another page do I just put it on a text document? @javelinface

Keep the file as it is. You might need to do a “save as” to save it as a *.sh file.
It’s a script. Or a set of instructions. It’s written for baSH, and needs to have an extension to be recognised and executed.

The same thing was asked in this thread. Have a read of all of if before going ahead with this update. Please.

Right click in the script window and select “Save Page As…” or right-click the link you created above and select “Download Linked File”.

Before you get too far, make sure you’re connected via USB Ethernet. You may get a wifi drop out towards the 60% part of the script. Please use the forum search to find out how to do this.

Unless you’ve done some extremely heavy modification to your system, if it’s just Roms you want to transfer over, you might be better off just flashing a new image with 0.5, and re-uploading your files. This process takes A LONG TIME!