It’s been a while since a gameshell OS image. Nice to see an armbian rebase, kernel update, and launchergo finally in place. I will try it out!

Thank you for the new image, installed it and tried a few emulators without a problem. But I can’t get pico8 working.

It appears there’s a lot missing in launchergo, and the old launcher relies on python2 and wicd, neither of which are fully supported in the current software. PICO-8 isn’t present, GPSP doesn’t appear to work, and MGBA is very slow. Overall though it’s neat to be on armbian and really modern software.

Thanks for the feedback, will update those missing in next release

what rom ? I’ve tested the MGBA on my side, it looks normal , I ran the super mario game

The configuration from that image seems to work a lot better. I have the beta image on a spare SD card so I can try anything you want.

I wanted to try it out, but I get this horrible stuttering and tearing of the screen. Any idea what causes it?
Also using B to confirm and A to go back is weird, and switching layout in settings doesn’t change it (I guess it’s launcher go thing) 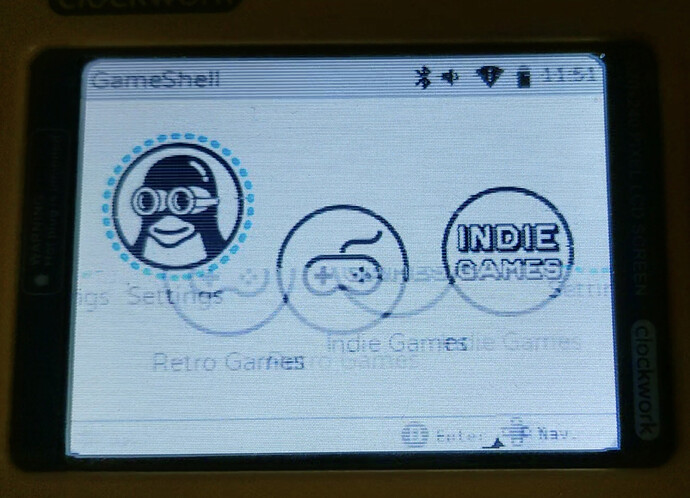 btw, if this helps, I think I had the same problem when I was trying DEOT build, but I didn’t bother then, and just switched back to regular os

Is it just the launcher interface tearing or everything tearing?

I mean , if you ran some program, like retroarch

I didn’t check retroarch, I can check it a little later. But it was starting tearing right from the beginning of the boot, so even command line “happy hacking” part was affected, so I guess it’s not just launcher

I will fix this issue in the next 0.6 os Image

thanks for your important feedback

just checked. now it works great, thanks. gonna try some games during the weekend