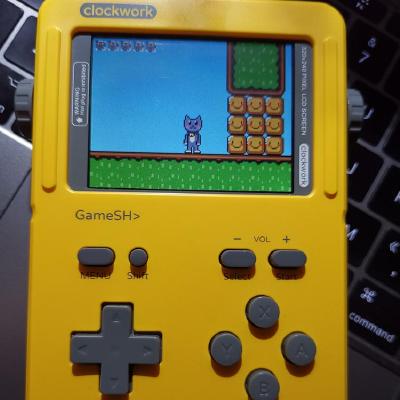 Contribute to zfteam/gpsp development by creating an account on GitHub.

it seems only have raspberry pi makefile

Awesome, I’ve been waiting for more standalone emulators (especially since gpsp won’t work for me).

Could you write a short guide on how to get this working? I build the make file in the raspberrypi folder, but I’m a bit lost after that. I also got a lot of warnings while building, is this normal?

Had the same problem with the other two emulators you posted today, so a little help would be appreciated.

EDIT: I saw that there are zip files in the PocketSNES and fceux repos, so I put them on my GS, but after launching them they just return to the main menu. The gpsp one doesn’t have a zip file, though.

May be missing same library, run the program directly on the command line, see what the prompt is

Maybe the file does not have run permissions, try it on the command line：
chmod 777 PocketSNES
chmod 777 psnes.sh

Someone in the discord also suggested the similar “chmod -x psnes.sh” and “chmod -x PocketSNES” and it worked. Thanks a lot!

For the gpsp one I also had to make a .sh file similar to the ones for the other emulators (just containing “./[filename]”).

Is there a zip file for this.

There’s only the emulator file under releases, but you can write your own .sh file to launch it as decribed in my post above.

It only contains the following line:

Make sure gpsp and the sh have the right file permissions.